Fight relapses by acting on the bacterial flora

Vaginal and urinary tract infections are often recurring problems. The use of antibiotics and other specific drugs is not always useful against relapses, and the infection can return with an almost periodic rhythm. The solution can be hidden among the microbes that live right in the genito-urinary tract.

The vagina and urinary tract are not sterile environments. Analyzing the genome of the microbes that populate them (the microbiome) can help fight recurring infections.

The microbiota and dysbiosis of the genito-urinary tract

Numerous microbes live on the surface and in the human organism, which together form the so-called microbiota. The genito-urinary tracts are also populated by microorganisms; in conditions of equilibrium this coexistence does not constitute a danger, indeed, some microbes are precious allies of health. Lactobacilli, for example, help protect the vaginal environment from colonization by potential pathogens.

Sometimes the microbiota can undergo risky changes. These conditions, known as dysbiosis, are characterized by the reduction of health-friendly microbes and the increase of potential pathogens. Bacterial vaginosis, for example, is associated with the reduction of lactobacilli and the increase in Streptococcus, Staphylococcus or Enterobacteriaceae species, Candida, or Trichomonas. Recurrent urinary tract infections, on the other hand, are associated with a reduction in hydrogen peroxide-producing lactobacilli and with significant increases in various strains of Escherichia coli, often carriers of multiple drug resistance. 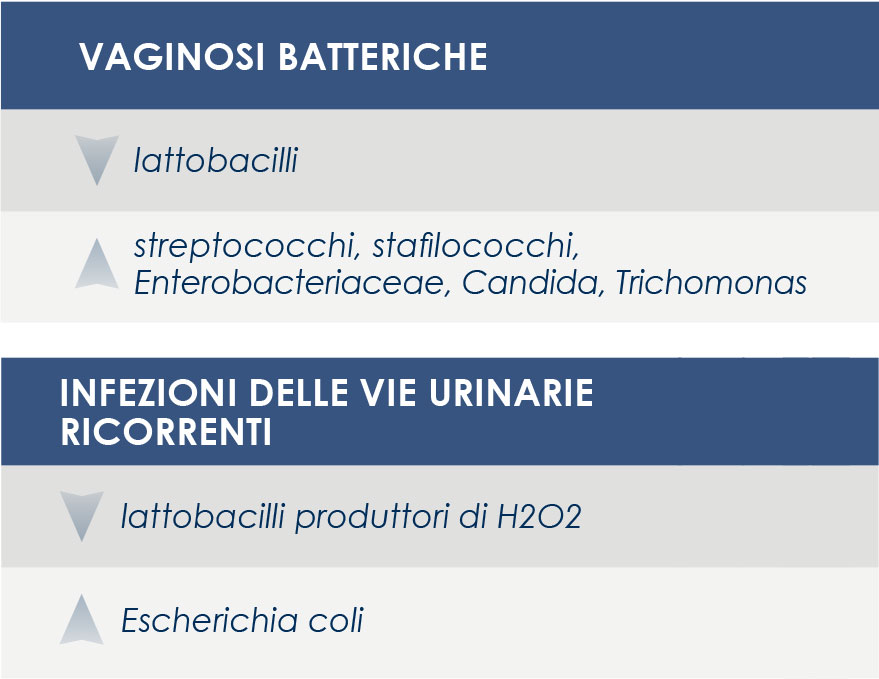 The microbes that cause genito-urinary tract infections can come from the gut microbiota, that is, from the population of microorganisms living in the gut. From here the microbes can pass into the vagina, causing bacterial vaginosis for example.

From the vagina, microbes can then move on to colonize the area around the urethra, through which they can go up to the bladder and, sometimes, to the kidneys, causing urinary tract infections. The intestinal microbiota can for example be the source of Escherichia coli.

At other times, it is the vaginal microbiota that is a reservoir of pathogens independent of the intestinal microbiota. Not only that, the loss of lactobacilli species with protective functions that normally live in the vagina increases both the risk of bacterial vaginosis and infections by pathogens such as Neisseria gonorrhoeae, and that of urinary tract infections.

Factors that can alter the vaginal microbiota include exposure to antimicrobials and the use of some spermicides.

When to analyze the microbiome

Targeted approaches to fight the alteration of the intestinal and vaginal microbiota can help reduce the risk of urinary tract infections and disorders associated with the vaginal microbiota. Dysbiosis can, for example, be corrected with adequate nutrition, or with the intake of probiotic, prebiotic or symbiotic supplements..

The microbiome analysis with the MICROBALANCE test by Bioscience Institute makes it possible to evaluate the involvement of intestinal and vaginal microbes in genitourinary infections, in the case of: 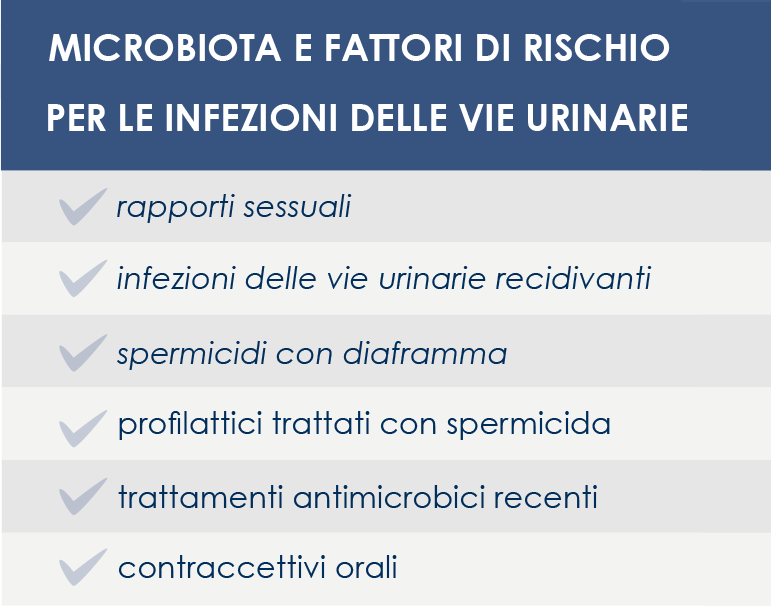 For more information on the MICROBALANCE test for the microbiome analysis against recurrent genitourinary infections and to request the collection kit, contact Bioscience Institute by emailing info@bioinst.com or fill out the following request form to be contacted/or without commitment from one of our trusted biologists.